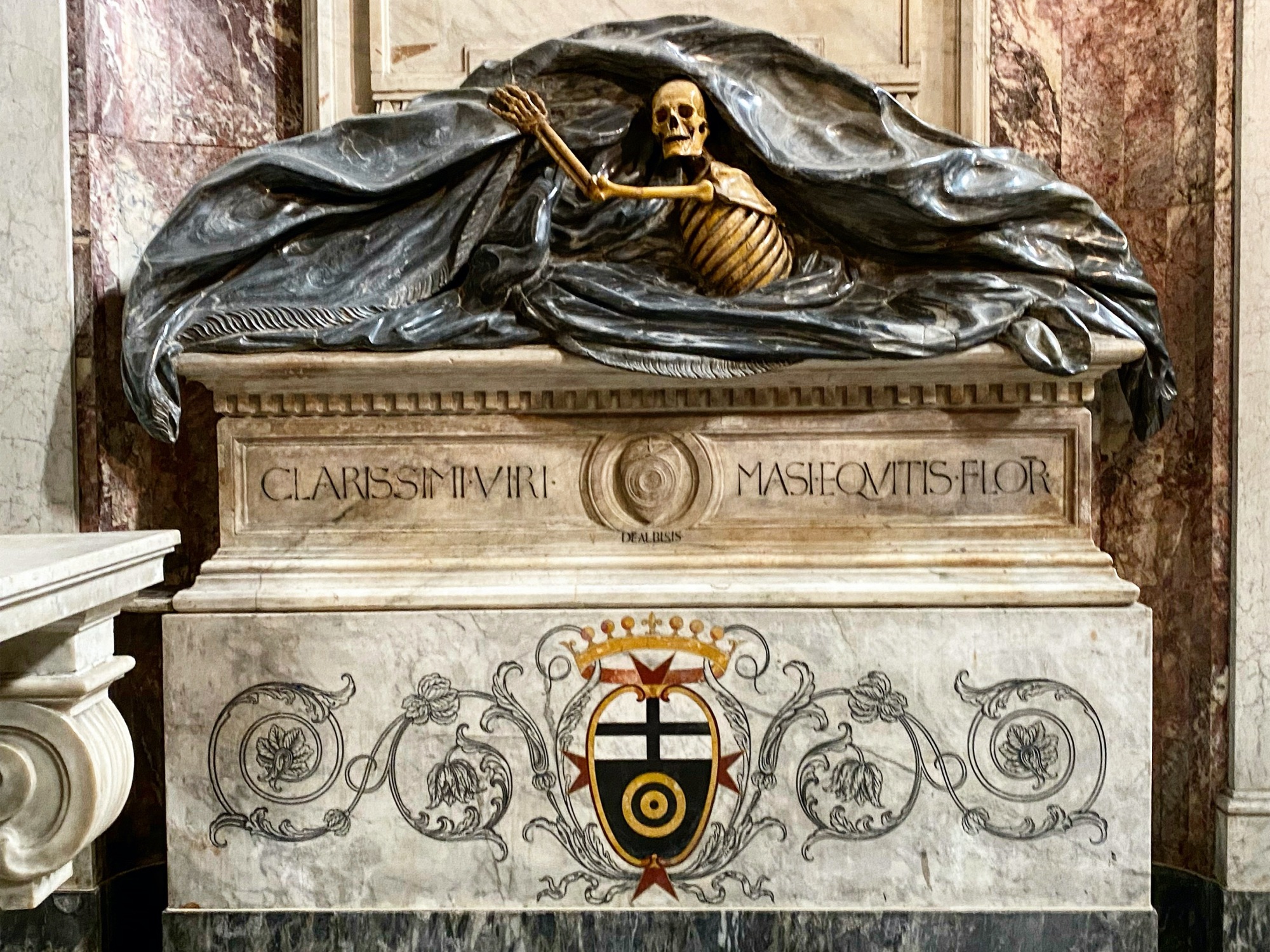 Death comes to us all. What happens to our remains varies widely. For an American, it is very ordinary to think that once someone is buried, that their remains will, well, remain there forever. When something exceptional happens, and a cemetery has to be relocated because a highway needs to go there, it strikes Americans as particularly strange to think of people being exhumed from their “eternal resting place”.

Cremation has only been an option for many Italians recently. The Catholic belief in the bodily resurrection of the dead made that manner of disposal unpopular.

Like almost everything else, post-death treatment has a lot to do with wealth. The wealthy have more attention paid to them, but whereas the tombs of princes may gather the most attention, they are also the least typical. Being entombed in grand architectural style is special.

The land in America appeared to the European settlers to be endless, and unpopulated, at least by Christians. Americans take the dedication of land to the eternal resting place for the ordinary person as a given. In Europe, land was both valuable and limited. The consequence of that meant that ordinary people would be buried in the earth, but only for a time. At the low end of the economic spectrum, bodies would be disposed of in such a way as to use the least amount of resources to dispose of the body and separate the living from the smell. A common grave, a giant pit, into which bodies would be dumped, perhaps with quicklime sprinkled over to keep down the smell. It was ignominious.

Burial in a plot for a period of time was quite common, for those who could afford it. For those who cannot afford a tomb into which their body may be placed, there forever to remain, families could maintain ossuaries, which could contain the bones of the family members. he burial plot then became a temporary holding place for a body until the bones could be transferred there. After ten years in the ground, bones take up a lot less space, and the departed can be reunited with their family in that state between that time and resurrection.

This is a text widget. The Text Widget allows you to add text or HTML to your sidebar. You can use a text widget to display text, links, images, HTML, or a combination of these. Edit them in the Widget section of the Customizer.
Loading Comments...
Comment
×
%d bloggers like this: