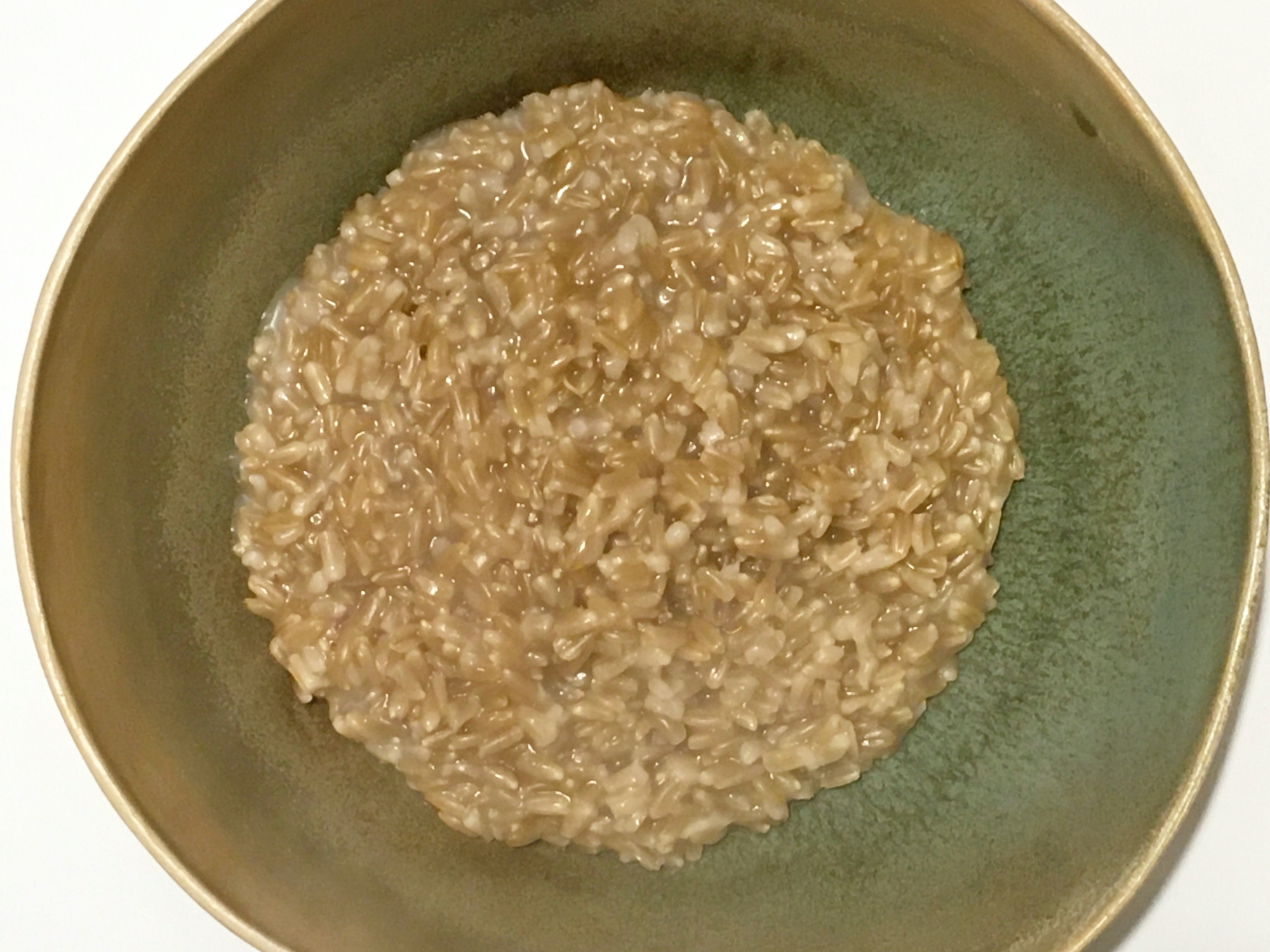 I really like oatmeal. I ate a lot of it in America, but it’s really uncommon in Italy. I would make it for breakfast at home when I had time, but it was’t always possible when getting ready for work.

My most intense oatmeal-eating days were on the trail. Having a big serving of hot oatmeal really warms you up when you’re out in the wilderness and away from central heat. [note: in the Winter, you can carry butter in your food bag without having to worry it will melt.] There were times when I would take packets of instant oatmeal along, just out of convenience. As my alcohol stove technique improved I found I liked to make it fresh. [Whisperlite and Rocket stoves boil water fast but are too hot to cook oatmeal.] For trail use I’d use old fashioned oats (5 min.)

One part Oats to two parts water. I add salt and sugar to the water before the oats go in. I also like cardamom and mace for seasoning. Once I had my fieldcraft settled, I had all of the ingredients in packets, one of oats, and one for everything else. The oats were measured to go in water up to a scratch on my cooking pot. On the trail, I found I liked it better if it were almost like soup. The liquid is really what warms you up, and it’s easier to cook if it isn’t too thick. If your butter is frozen, add it to the oatmeal a minute before it’s done cooking.

Instant oatmeal turns into mush. Quick oats are not much different. Old Fashioned oats can have good texture if treated properly. Steel cut oats are my favorite. Add the salt and sugar to the boiling water before the oats go in. The grains stay together better that way. If mush is what you want, put the oats in cold water, bring it all to a boil, and add the salt and sugar at the end.

At home, I consider a serving to be about a third of what I would eat out in the woods in March. I also hold way back on the sugar and the butter. Outside, in the cold all day, hiking in the mountains, the calories are a bonus. It would not be wise to eat a breakfast like that before sitting down at a computer.

In Italy, you can get oats – whole – at the kind of stores that target organic and vegan cooks. Avena as they call it here is almost like wild rice if you don’t bust up the grains a bit before cooking. Brewers have a device they use called a ‘flaker’ that works perfectly for the purpose. It keeps the grains mostly intact, but pops the seed coat on the outside, vastly reducing cooking time and exposing the starchy part of the oat to cooking and delicious creaminess. The picture is a batch I made with whole, unflawed grain. It was tasty, but it took more chewing than I’m used to having to do with oat meal.

One thought on “Oatmeal”

This is a text widget. The Text Widget allows you to add text or HTML to your sidebar. You can use a text widget to display text, links, images, HTML, or a combination of these. Edit them in the Widget section of the Customizer.
%d bloggers like this: